skip to main | skip to sidebar

banal pig on the move

hello pals! long time no write. i have been working on my new look blog and ting, over here at www.banalpig.com/blog. if you have bookmarked this blog, please change it to t'new un, cos i'm not gonna post here anymore. goodbye.
Posted by steve at 10:56 AM No comments: 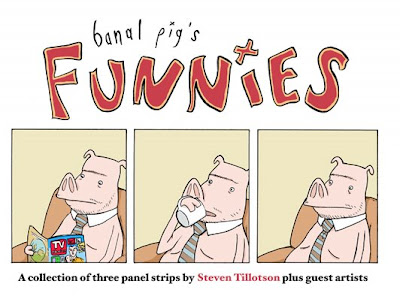 here's the cover for the funnies book which i'm doing in time for bristol. it should be quite nice- its landscape A5, full colour throughout and hopefully will have a strip on every single page. it collects the best of the web funnies, plus a few unseen new ones by me, and some more new guest strips too. it's my first venture into full colour publishing, so it's going to a bit more pricey, but i think it'll be worth it. by the way, if anyone reading this is doing a guest funnie for me, i'd appreciate it as soon as possible so i can get it to t'printers.
Posted by steve at 7:54 AM No comments:

devastating changes which affect us all

meanwhile, the winds of change are blowing through banal pig towers (first floor flat) like a man whistling over a ropey 80's ballad.
firstly, i have decided that because banal pig 4 is destined to be the greatest comic ever seen, i am going to take my time to make every detail as perfect as the last, if not more perfect. therefore, i am not going to rush to finish it in time for the bristol expo. dry those tears though, because i have decided to do a FULL COLOUR print edition of the best of the banal pig web funnies, featuring some more guest artists (and probably some new ones too) in time for Bristol. hurray! therefore, make the most of the funnies page as it stands now as i may be removing it from view.
also, i shall be consolidating all my web-based activity in an uber-site, with an online shop and everything, coming very soon (when i work out how the internet works)

i am interviewed by oliver east on the daily crosshatch. i must be famous.
Posted by steve at 11:56 AM No comments: 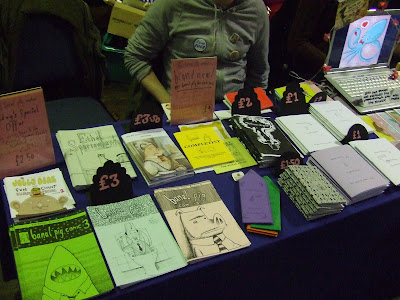 so another web and mini comix thing over with (i realise the stall looks very much the same as all the other shows we've done), and it was pretty, pretty good. we sold well, better than last year and quite a few pig lovers went home happy with their fan club packs. i thought about keeping a record of who was officially in the fan club but then gareth talked me out of it.
it seemed to have a reasonable turnout despite the weather, and it went really fast i thought. there was quite a few decent comics there too, and i bought loads of stuff (last year i didnt buy nuffing). i shall probably write a few words about the stuff i bought later, but i've got to give a shout out to good old Jim Medway, a great guy who had a very lovely stall, full of quality gear.

cheers for everyone who visited by the way, expecially those who splashed their cash.
Posted by steve at 8:46 AM 2 comments: 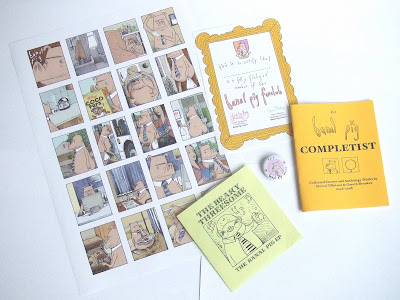 here's the picture you've all been waiting for probably. this is what you will get if you buy a banal pig fan club pack: a badge (with about 8 designs to choose from), the three track banal pig ep, a full colour poster, a certificate and of course the banal pig completist comic, featuring lots of unseen stuff from me and gareth! sweet!
Posted by steve at 8:49 AM 5 comments: 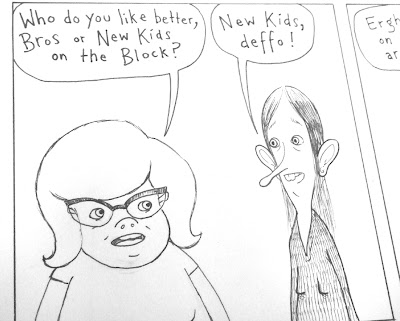 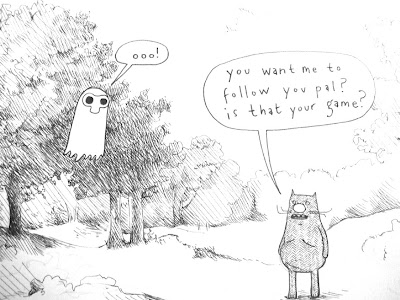 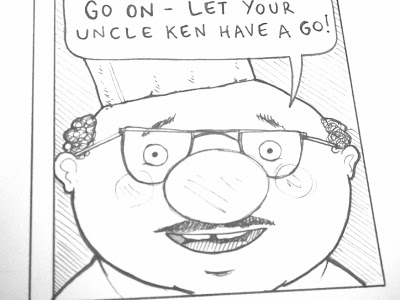 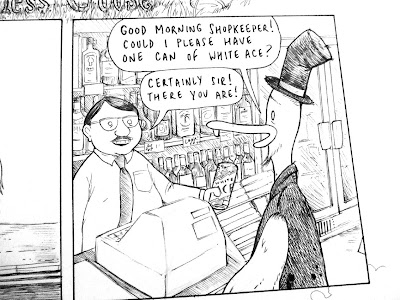 please find attached some pictures from banal pig 4. i hope to get this comic finished by the bristol expo in may, but have unfortunately not finished a page yet. they are plain jane (and her friend whose name is also jane), untitled cat, uncle ken and homeless goose. thanks for your time, and i look forward to hearing from you.

steve tillotson
Posted by steve at 12:47 AM 3 comments: 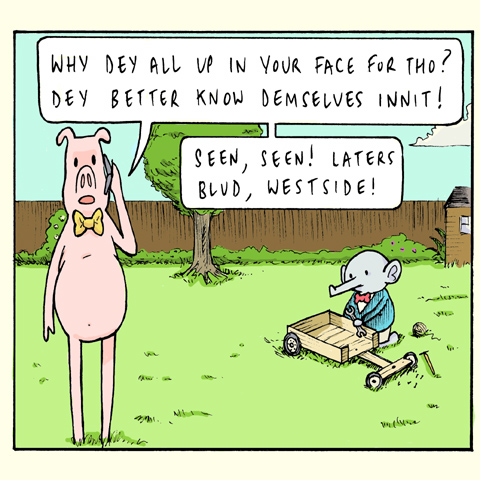 about comics and such and such

steve
i make comics about being a fairly banal person in a dull era in history featuring anthropomorphic animals and grotesque humans. ive got a masters in fine art but i work full time in a storage centre.